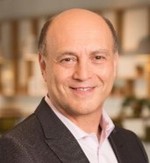 Active Chairman of the Board

For the past two decades, Mr. Farkash served in a variety of business executive roles (including Vice President of Sales, Vice President - Business Development and GM of Nova’s Strategic Software Business) at Nova (Nasdaq:NVMI) – a leading innovator and key provider of dimensional and materials metrology solutions in semiconductor manufacturing. In his last role at Nova, Mr. Farkash served as Executive VP Strategic Development & Partnerships and was responsible for creating new markets, initiating disruptive products, forging strategic alliances and leading all OEM business-related activities, leading the company business growth. Mr. Farkash holds an MBA with honors and BSc in Computers Engineering, both from the Technion – Israel Institute of Technology. 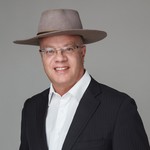 Dr. Fernando de la Vega co-founded PV Nano Cell Ltd. in 2009 and has served as our Chief Executive Officer and the Chairman of our board of directors since that time. Dr. de la Vega has more than 25 years industrial and entrepreneurial experience, having served in managerial positions with responsibility over research and development, quality and operations and has founded or co-founded several businesses in the fields of nano technology and functional materials. From 2001 to early 2009, Dr. de la Vega served as General Manager and a Director of Cima, a company focused on the development of innovative technologies in the field of flexible printed electronics. Dr. de la Vega also co-founded and, from 2003 through 2009, served as Chairman of the Nano Functional Materials Consortium, a five-year, $25 million research consortium which performed general research on nanotechnology, sponsored by Israel’s Office of the Authority as part of the MAGNET program, a special program intended to encourage cooperation between industry and academia. Dr. de la Vega has also co-founded three European research and development consortiums. He is a co-inventor of more than 11 patent families in the fields of nanomaterials and nanotechnology and author and co-author of many scientific and technical publications (including on conductive inks for inkjet printing). Dr. de la Vega holds a Ph.D. in Applied Chemistry from the Casali Institute at the Hebrew University of Jerusalem, as well as a M.Sc. in Applied Chemistry and a B.Sc. in Chemistry from the Hebrew University of Jerusalem.

Dr. Astorre Modena has been a member of our board of directors since 2010. In 2005, he co-founded, and currently serves as General Partner of, Terra Venture Partners, an Israeli venture capital fund focused on clean technology. Prior to co-founding Terra Venture Partners, from 2001 to 2005, Dr. Modena was Associate and then Principal at Israel Seed Partners, a leading Israeli seed-stage venture capital firm. From 1998 to 2001, Dr. Modena was a consultant with McKinsey & Co., where he consulted for leading Italian, French and Israeli manufacturing and financial corporations on strategic and operational issues. Dr. Modena holds a Ph.D. in Plasma Physics from Imperial College in London and a B.Sc. in Physics from the Hebrew University of Jerusalem (where he was a part of the Honors Program for Outstanding Students). Dr. Modena was also a researcher in the laser-plasma physics department at Imperial College in London and École Polytechnique in Paris. 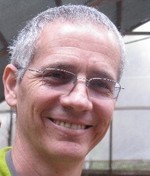